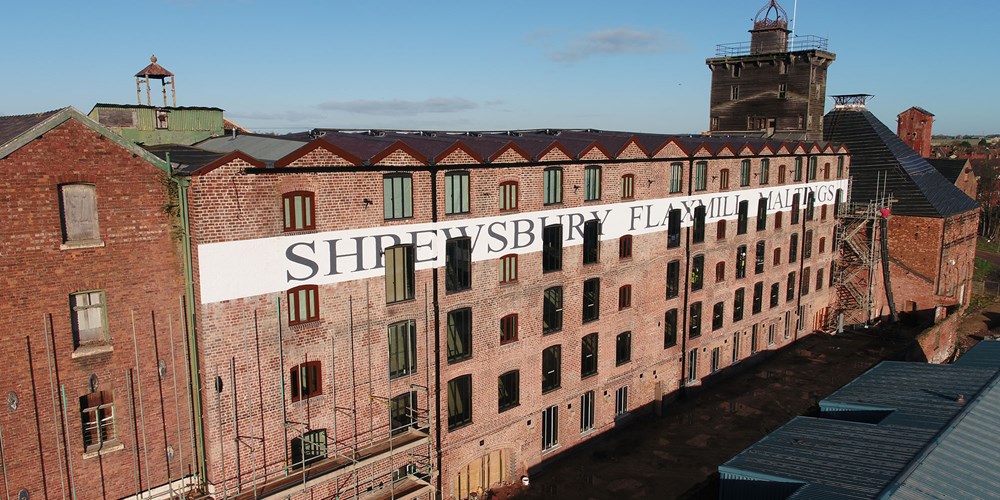 Historic England is seeking comments on its draft Industrial Heritage Strategy. This sets out the key priorities for England’s internationally-important industrial heritage to be delivered by Historic England, mostly in partnership with others. The closing date for responses is 7 June 2021. You can read the document and submit comments on the Historic England website. 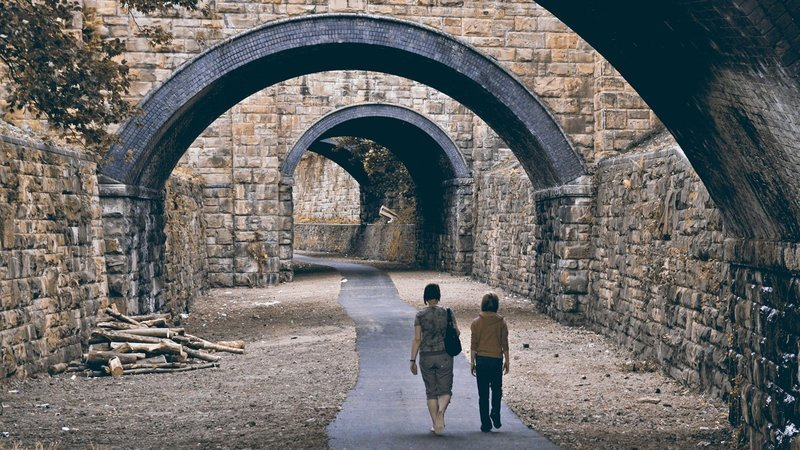 A number of heritage and transport organisations, including Historic England, the Victorian Society and SAVE Britain’s Heritage, have joined in condemnation of Highways England’s plans to demolish or infill 134 disused railway bridges and tunnels, with the potential for more to follow. As well as the historical significance of these structures, many form part of proposed walking and cycle routes, and some are under consideration for restoration of the railway lines themselves. The group has set up an online petition which has attracted more than 11,000 signatures so far. 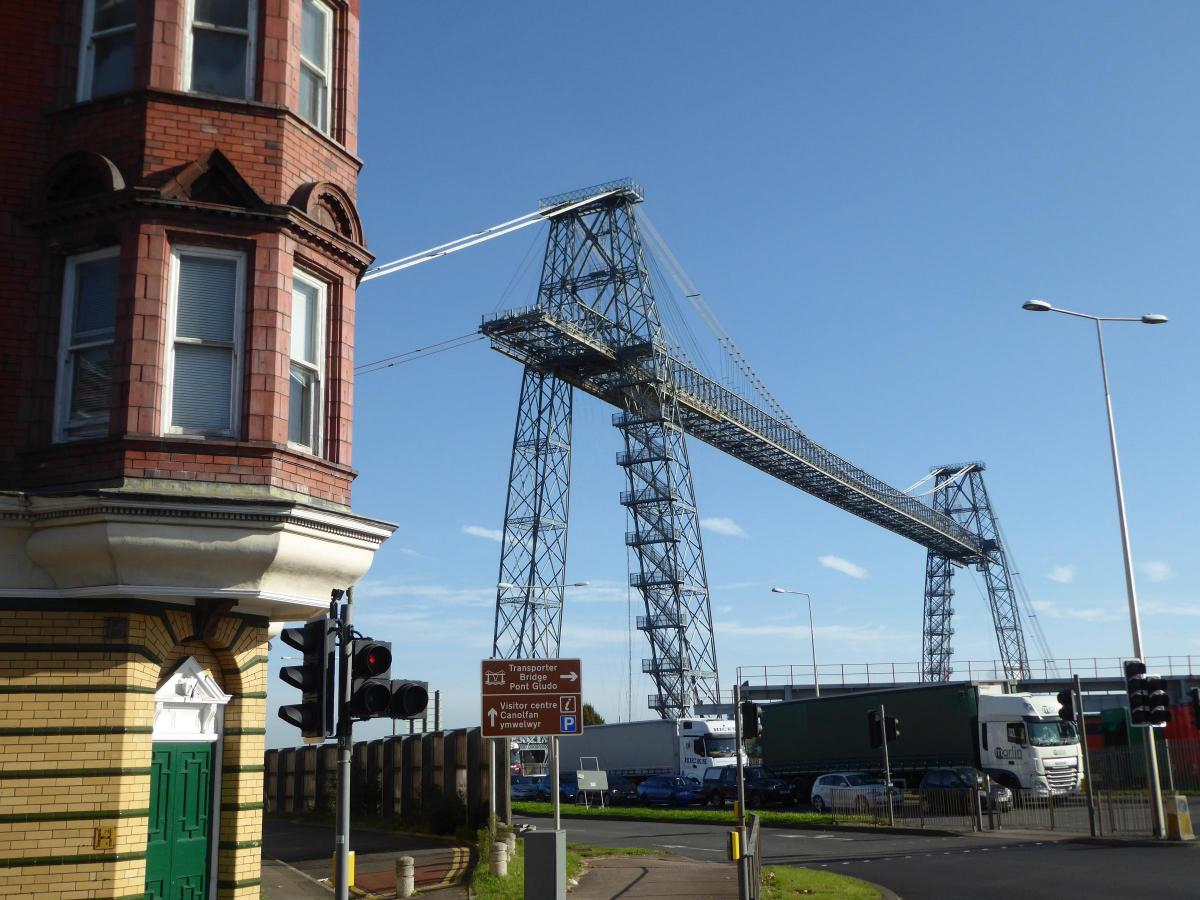 AIA Affiliated Society the Friends of Newport Transporter Bridge have announced that they had been awarded a £8.75million National Lottery grant for the restoration of the bridge and the construction of a new visitor centre. Newport is one of only eight remaining transporter bridges in the world, and is the most complete. Opened in 1906, the ‘aerial ferry’ was a bold solution to the problem of transporting workers from the west of Newport across the River Usk without disturbing shipping into the town’s busy port.

The restoration work includes repairing the east approach viaduct, cross beams and gondola, restoring lost architectural features, replenishing all worn wood and steel parts, and treating and repainting the entire bridge to prevent corrosion. The new visitor centre, which will be linked to the bridge via a walkway, will have a café, toilets, shop, exhibition gallery and community space. It is expected that the project will take three and a half years to complete. 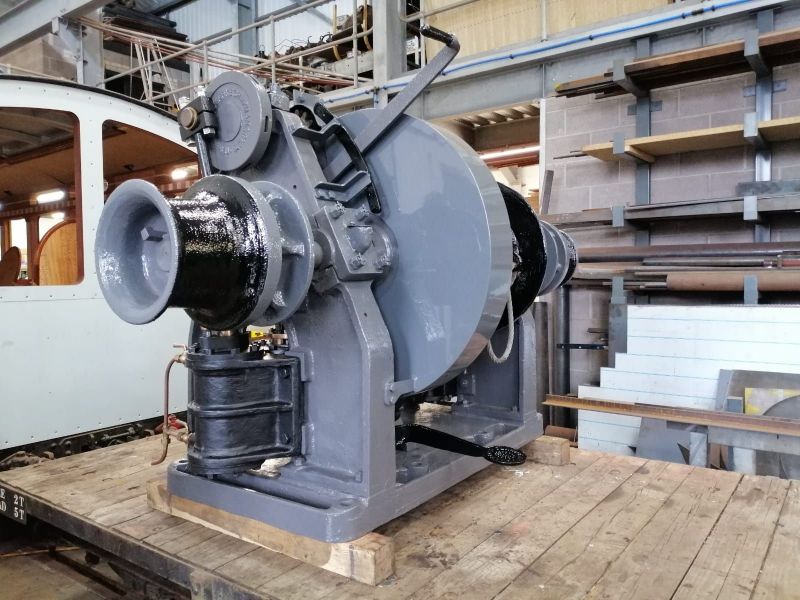 Despite the problems caused by lockdown, we  are delighted to report that most of the current projects funded by AIA’s restoration grants are making good progress. Martha Lewington, Development Manager at Aerospace Bristol reports that the Bristol Freighter has now been transported from storage to its new home in the WWII hangar on the museum site ready to be conserved and enjoyed by visitors once the museum can reopen. Robert Gambrill of the Hollycombe Steam Collection reports that work to restore a steam winch at the steam collection near Liphook, Hampshire, for which a grant was awarded in 2018, is now complete. The winch (shown above) is due to be installed in the sawmill, where visitors will be able to see huge logs easily hauled on to the rack saw. Urgently needed repairs to the former retort-house roof of Sudbury Gasworks in Derbyshire supported by an AIA restoration grant are also progressing well. A specialist roofing contractor is documenting the work to provide a detailed record of this important wrought-iron, fire-resistant structure.

The deadline for grant applications for 2021 has passed, but details of the scheme for next year can be found on the AIA website.

Amber Patrick gives an update on her work as AIA’s Planning Casework Officer: Since the beginning of this year there have been no major cases upon which the Association has had to make comments. This may be the effect of coronavirus, with fewer new developments coming forward. However, we have still been busy with some types of applications, including commenting upon a pre-application submission which remains confidential at this stage. More significantly, we have given support to the proposal for a Conservation Area in the Silverthorne Lane area of Bristol, an important former industrial area in the city centre. The proposal was approved by Bristol City Council in March. Other work includes checking revisions to previously-approved schemes and providing advice and support to local societies. These usually involve applications that do not come via the usual statutory consultee route and so would otherwise slip under the radar. 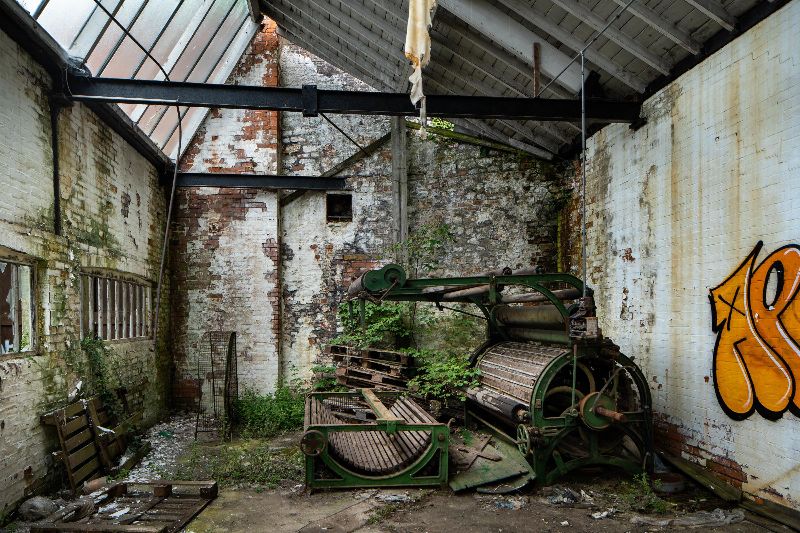 Somerset West and Taunton Council, have been awarded a grant of £348,000 by Historic England as part of the Government’s Culture Recovery Fund. The money will be used for the first phase of work to bring the Tone Works site back to life and give it a new role in the community. The large complex of textile mills in Wellington, Somerset, was created from the 1830s onwards by Fox Brothers, who had previously built Coldharbour Mill. Most of the site has been redeveloped but the cloth finishing works remains empty, with much of its machinery intact. It is on Historic England’s Heritage at Risk Register. Ross Simmonds, regional director for Historic England South West, said: ‘It’s a really well preserved example of a finishing works and as such helps us understand the evolution of the stages and processes involved in the textile industry, which had such an impact on Britain’s economy.’ The site was visited by the AIA during their 2019 Annual Conference. 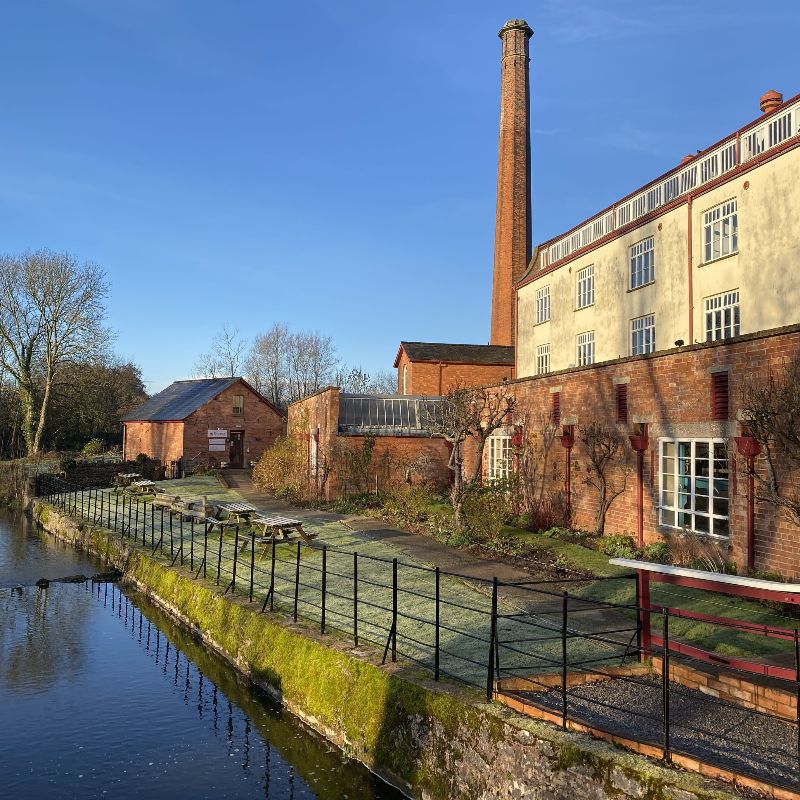 Coldharbour Mill in Uffculme, Devon (coincidentally a former recipient of an AIA Restoration Grant) has been described by Historic England as: “probably one of the best-preserved textile mill complexes in the country.” It retains the full range of buildings and power system features which characterised the development of the 19th century textile mill, as well as much of the machinery that was used at the site in the 20th century. The operators are seeking someone with a solid background and understanding of the heritage sector to take on the chairmanship of their board of trustees. The current chair retires this year and this provides an exciting opportunity for someone to join the committed board of trustees in creating a sustainable future for this heritage attraction. 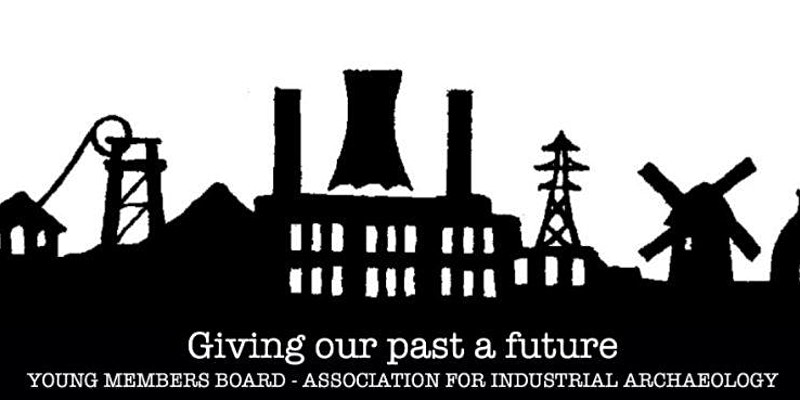 The AIA Young Members Board are hosting a free online webinar on ‘How to get published and make an impact’ with Taylor and Francis, publishers of Industrial Archaeology Review. The event is aimed at students and early career professionals, but would also be of interest to anybody who wants to find out more about academic publishing best practice. The webinar will be on April 23 at 7pm. Tickets must be booked in advance on Eventbrite. To find out more about this and future events follow the YMB on social media (links on the AIA website).

New gallery at Manchester Museum of Science and Industry 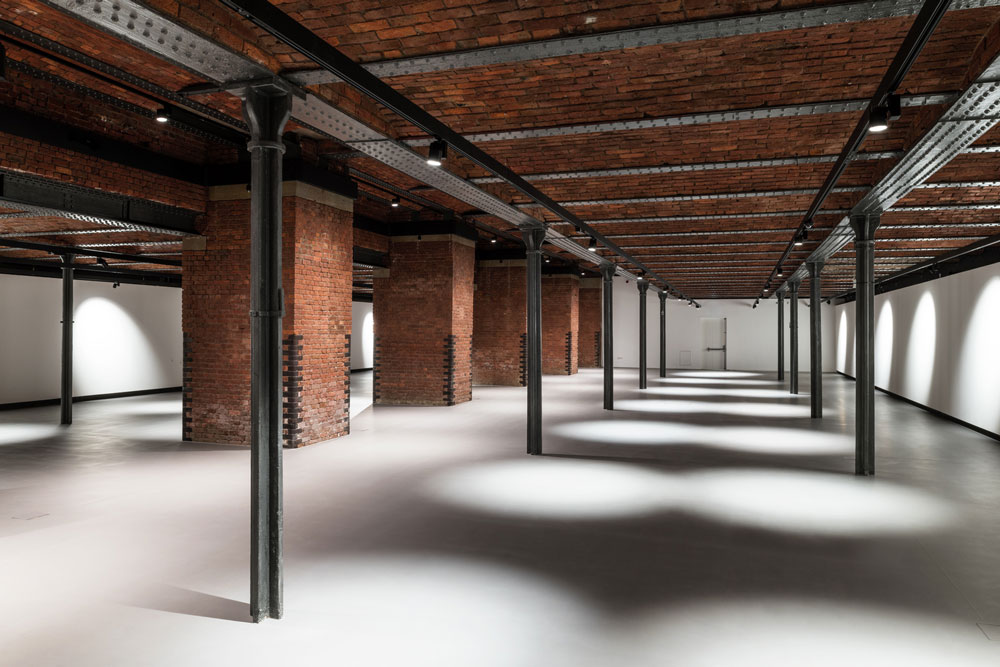 Manchester’s Museum of Science and Industry has just completed a £5m project to create a new gallery for special exhibitions. It is housed in the basement of the 1882 Great Western Railway warehouse (also known as the New Warehouse), which is Grade II listed. The first exhibition in the gallery, which will open soon after lockdown eases, is called Top Secret: from ciphers to cyber security. As part of the new gallery development, the museum have published a blog about the industrial history of the New Warehouse on their website. 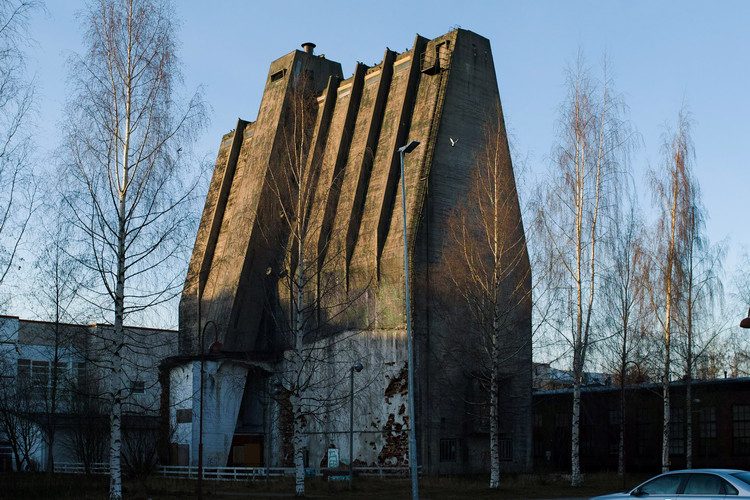 A concrete wood-chip silo in Oulu, Finland, designed by the architects Alvar and Aino Aalto, is being restored as a cultural space, forming the centrepiece of a research centre promoting the preservation and re-use of industrial buildings. The silo was built in 1931 as part of a cellulose production plant. The project, is being led by architect by Skene Catling de la Peña and the Factum Foundation. 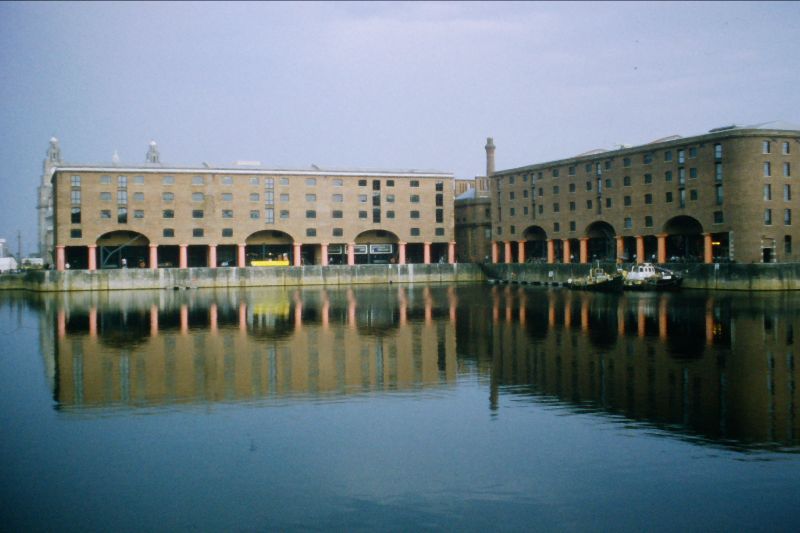 In place of the physical event which was to be at Hope University, Liverpool, the AIA Annual Conference in 2021 will be a series of virtual events delivered via Zoom. The current outline programme is;

Full details will be published in due course and will be available on the AIA website. All the events will be free and open to all except the AGM, which is open to AIA members only. The events will be recorded and recordings will be made available afterwards subject to copyright consents.

Meanwhile, TICCIH have announced that their ‘Recharged Industrial Heritage’ conference, due to be held in Montréal in September 2021 has been postponed until 2022. More details on their website